Ah, yes, the exact science of communication, where the only thing certain is that some message being delivered will run afoul of its intention. We experience it in many of our relationships at one point or another. In fact, many relationships end due to a failure, or breakdown, in the communication. We likely played some version of the game “telephone” where invariably an original message would become distorted as it passed through participants. Whether this distortion was the deliberate act of an unfaithful actor, or the unintentional consequence of having multiple communication points in the chain, the result was often the same: error, does not compute, confusion.

And while the consequences for flubbing a whispered message in an elementary school classroom may not be substantial, the same can’t be said for multi-million, or billion, dollar programming franchises. Like, um, Squid Game. 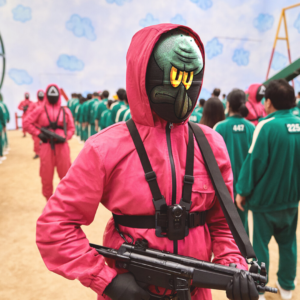 Never heard of it? Say it ain’t so! It’s a Korean TV show – err, sensation – that blew through every previous Netflix viewing record as the company has made a concerted effort to provide more foreign programming. Squid. Game.

Now, technology has done wonders for connecting the world. Transcontinental doors continue to be kicked open for business, trade, and travel. These opportunities have introduced us to new languages and the heightened need to find common communicative ground. And where cultural differences are concerned, simple translation may not be (good) enough.

Back to the show. I’ll spare you the plot summary – you should check it out, honestly – but one criticism has been the way scenes and even characters are portrayed – inaccurately – by mishaps in translation. Many articles have addressed these errors so I will offer my thoughts about how to avoid making them. As one of the newest members of the Compass Languages team, I have gotten to see up close this process we utilize. I’ve personally divided it up into 6 parts that I think help ensure the most accurate, re-created content.

Translation is the process of changing one language into another. It pays attention to the word count, syntax, and other literal components of the original content. Transcreation is a deeper dive into the semantics of the original, with close attention paid to the underlying message rather than the particular words and structure. Some messages are easily translated. Others require a complete transformation from one language into the next to ensure the most accurate transfer of meaning. 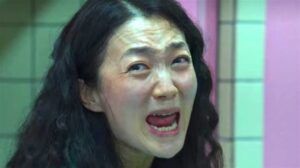 Here, I’ll draw on one of the specific examples highlighted in the critique I read. Comedian Youngmi Mayer says in a video on TikTok that the character Han Mi-nyeo gets her dialogue “completely botched.” She’s a “low-class character and a gangster. She cusses a lot and it gets sterilized.” The consequence, according to Mayer, is that Korean stereotypes about wealth get lost.

It seems to me that a transcreation approach to the content would have helped avoid this issue. The character, and her dialogue, may have been more precisely seen through a wholistic cultural lens.

We can learn languages and become fluent in them, even experts. However, there are often still going to be gaps in our complete understanding of the language due to cultural idiosyncrasies that native born speakers pick up on almost automatically and can therefore find more accurate ways to convey the right message in the desired language.

We can only work with the resources we have, however, if possible, it is always better to have more eyes, more localization experts, work with the source material to ensure all dialectical and cultural discrepancies are accounted for.

I think it is also important before the final re-created product is made to have the content presented in multiple media forms. The written word gives us one experience with language and audio provides yet another. Perhaps something missed in the copy is discovered in the audio.

Whether it’s a project manager or other member of your leadership team, you have likely designated folks to have final decision making power to send the content on for re-creation. On Hollywood sets you often hear “final looks” right before shooting begins. This is essentially that.

You’ve done all you can do as an organization. Still sometimes mistakes creep through. Nothing nor anybody is perfect. However, the diligence you exhibit through the process will ensure those mistakes are minimized and the final project or product is delivered to its audience as intended.

The controversy following the release of Squid Game, if we even want to call it “controversy”, is certainly not new or unique to it. And there are other supporters of the show that say the mistakes aren’t even necessarily mistakes and certainly not egregious enough to detract from the story. However, it’s hard to make the argument that being less accurate is ever preferred to being more accurate. And while languages, and the words they are comprised of, are like squids, malleable, squishy things we can twist and contort to our desire, mishaps when handling can leave you covered in ink. And that game… is no fun. 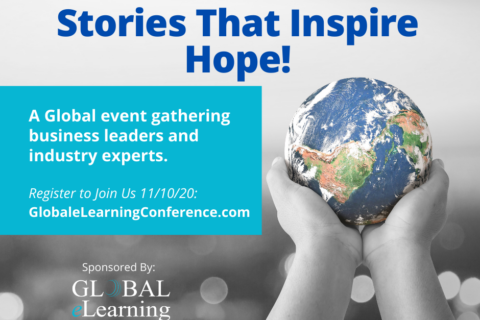 Perhaps it was divine intervention or random genius, but a bold idea came out of a particular sales/marketing discussion within our company six… 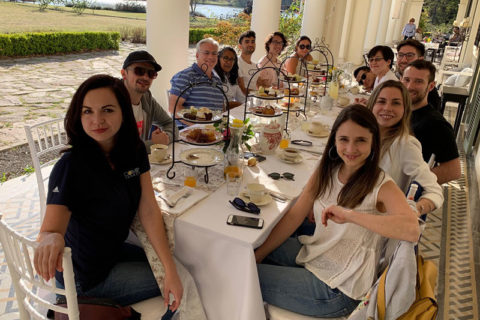 In September, Compass Languages gathered translations resources from across the globe at their inaugural International Production Summit in Córdoba,…