I can still transport 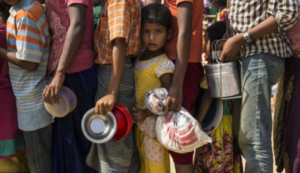 myself back to Kutupalong Rohingya Refugee Camp along the Bangladesh-Myanmar border, geographically drawn along the edge of steep hillside meeting flat river delta land. Now the world’s largest refugee population, the Rohingya are a Muslim minority from the Rakhine State in Myanmar, stripped of their citizenship and basic rights. During the early days of the Rohingya refugee crisis, I faced the target population of our protracted relief nutrition programme: several thousand children under age 5 and their mothers, their hollow hungry eyes following my animated hands pointing at picture charts as a local interpreter quickly kept pace with my presentation on the new ration cards that had just been issued to the women of the camp.

This was a language situation where every single word mattered: We wanted the women of the camp to understand that the ration cards were now issued in their names. The men of the camp no longer had ration cards in their names. A long study in the refugee camp had found that when women collect the weekly household food rations, young children had more robust nutritional outcomes. In short, children had the healthiest diets when ration cards were issued in the women’s names, thus enabling a better ability to learn and stronger health outcomes. Behind the study had been a mountain of cultural negotiating with the local religious leaders to allow the women to collect food rations for their households, and then the careful conversations with the women to coax them out of their shelters into the food collection lines. None of this happened quickly or easily, and all of it required local translation and interpretation. One word misplaced and we would not get the women, men, or religious leaders to comply with the new ration card programme.

Beyond the field component of the project was the donor reporting side: all reports had to be translated into several languages to effectively communicate the new programme, and new use of donor funds, to the several stakeholders abroad who were funding this. Communicating the critical importance of the new ration card system to organizations and governments many thousands of miles removed from the rice paddies and corrugated-roof shelters that made up this refugee camp was a bridge that required precision with every veritable board placed on the ropes. In short: translated reports needed to be precise and timely.

It’s the delicate dance we all navigate when trying to best communicate to the rest of the world the absolute importance of the work being done at the field level. Back in my time working on this project, the translation and interpretation services that I had access to were piecemeal and spotty, one language at a time, a juggling act where balls were constantly dropped.

This triad – and the critical bridge of communication that binds their desired outcomes – is best served by a specialist language company. Stakeholders want to understand and be understood. This objective requires more than just translation of text or basic interpretation of speech … when someone, anyone, has time to perform. Time is of the essence. Exact dialect and audience reading levels must be incorporated. Consistency of terminology and explanation of concepts is crucial to learning. Visual content (pictures, videos, graphics) must be localized correctly to meet cultural norms. And, of course, donors want information packaged in certain ways as well.

Impact organizations exist to change the status quo of targeted beneficiaries’ lives and that alone creates a delicate communication scenario.  As so many NGO Program Managers have discovered through the years, getting the language right – to all stakeholders – is often the difference between successful and sustained implementation or not. Perhaps our success rate can be markedly improved by adding a language specialist, a professional company with cultural and technical skills, early in the program. They can even save some money long-term by reducing translation costs over time. 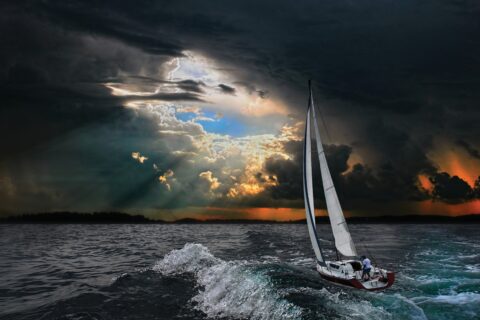 How can we improve the world together in 2022? If we are looking to the Sustainable Development Goals, SDG 17 underlines collaborative partnerships…